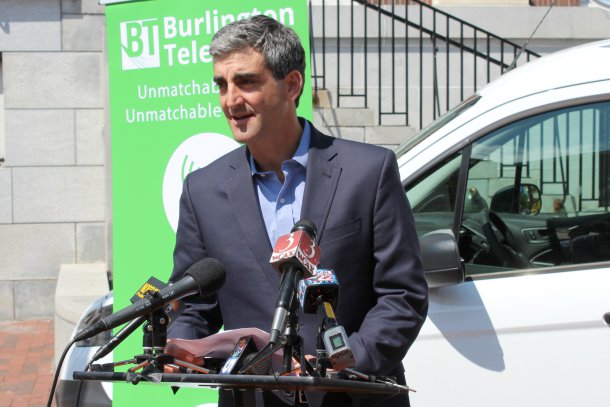 Tuesday afternoon, Mayor Weinberger announced his support for the City Council to advance BT ownership bids from Schurz Communications and Ting/Tucows. He also expressed concerns about the bid by Keep BT Local (KBTL), including the “near certainty” of a legal challenge by Citi Bank should KBTL be chosen.

In a statement that echoed the opinion of the Burlington Telecom Advisory Board, the mayor expressed his belief that the Shurz and Ting bids satisfied the City’s sale criteria by providing significant benefit to both taxpayers and BT subscribers. While feeling positive about the options before the council, the Mayor made clear, the serious consequences that face the city if the KBTL bid were selected.

“KBTL’s focus on local issues throughout this process has helped shape the City’s goals and will positively impact BT’s future no matter which bid the City selects. Regrettably, however, the KBTL offer is simply not a viable option for the City to pursue. Selecting it would result in legal action and substantial taxpayer financial exposure, threaten to undo years of BT progress and put Burlington Telecom’s future on very uncertain footing” said the Mayor in a statement.

Mayor Weinberger went on to point out that the bids by Schurz and Ting would prevent a future broadband monopoly, while securing a significant investment in Burlington.

The bids by Schurz and Ting both come in the form of cash offers, worth $30 million and 27.5 million respectively. KBTL’s bid is worth $12 million for an 85% stake in the company. $10 million of that bid comes in the form of a loan from Maine Fiber Company.

The City Council will narrow the three bids down to two at the October 16th Meeting. All three bids as well as other supporting documents can be viewed on Burlington Telecoms website.