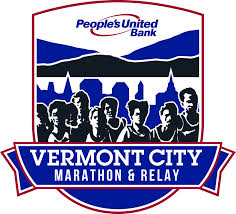 People's United Bank is the new sponsor for the 2015 Vermont City Marathon!

“We are thrilled to take on the role of title sponsor of the Vermont City Marathon & Relay beginning in 2015.  Trhough the stong parternships and hard work od RunVT staff, this event has grown to be an important milestone kicking off our Vermont Summers,” said Michael Seaver, President of People's United Bank.

Last year the marathon brough over 8,000 runners and 1,700 volunteers to Burlington and brings an estimated economic boost of $3.5 million to the local economy every year.

The event will also include a Sports $ Fitness Expo as well as the MVP Health Care Yam Scream Youth Running Festival.