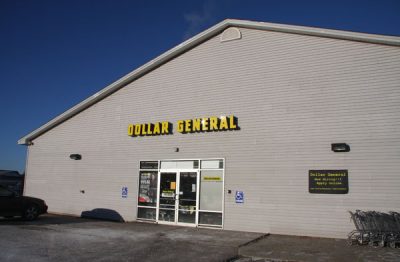 A sharp rise in the number of dollar stores has residents in communities across Vermont wondering about the future of local businesses. Vermont has the largest number of Dollar Stores in New England and the same number as Colorado, a state with eight times as many people. So far, Burlington’s downtown has avoided having a dollar store open, but there has been interest.
Recent articles in both VT Digger and Seven Days have highlighted this recent trend, which has seen the number of dollar stores in Green Mountain state rise to 45.
Dollar store chains like Dollar General and Family Dollar have the ability to undercut prices of community owned shops, threatening local businesses while failing to keep money in Vermont.
“These things come into the community and basically don’t do anything for the community,” said Shawn Cunningham in Mark Davis’ July Seven Days article, “They don’t participate in the local economy except to take money out.”
The growth of these growth of these stores throughout Vermont is indicative of the larger trend of economic stagnation that in many parts of the State.
Without outside economic investment and development, jobs and wages stagnate, creating a strong market for discount chains to move in.