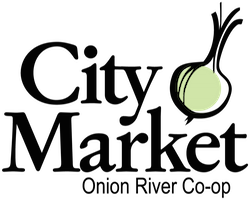 The new store will features 27,000 square feet of space as well as ample parking for both cars and bikes.

City Market South End, will provide a new option for neighborhood residents looking for a local grocery option. The store also hopes to meet the needs of commuters heading home from the office, and ease the afternoon rush at City Market’s downtown location on South Winooski Avenue.

Amenities at the new store will include teaching and community spaces, increased prepared food facilites as well as a cafe space. City Market initially announced plans to expand in 2012. Before construction could begin, City Market spent significant time and resources on environmental cleanup and approval for the project.

“The Co-op’s intent is to create a successful and vibrant market in the South End and create more opportunities for community support and engagement as well as employment with above market wages and benefits. We think the South End project has been successful in these areas and we’re excited to share it with our greater community!” said General Manager John Tashiro.

City Market has operated its location downtown since 2002, where last year it saw sales of over $40 Million. Currently the co-op consists of over 12,ooo members.