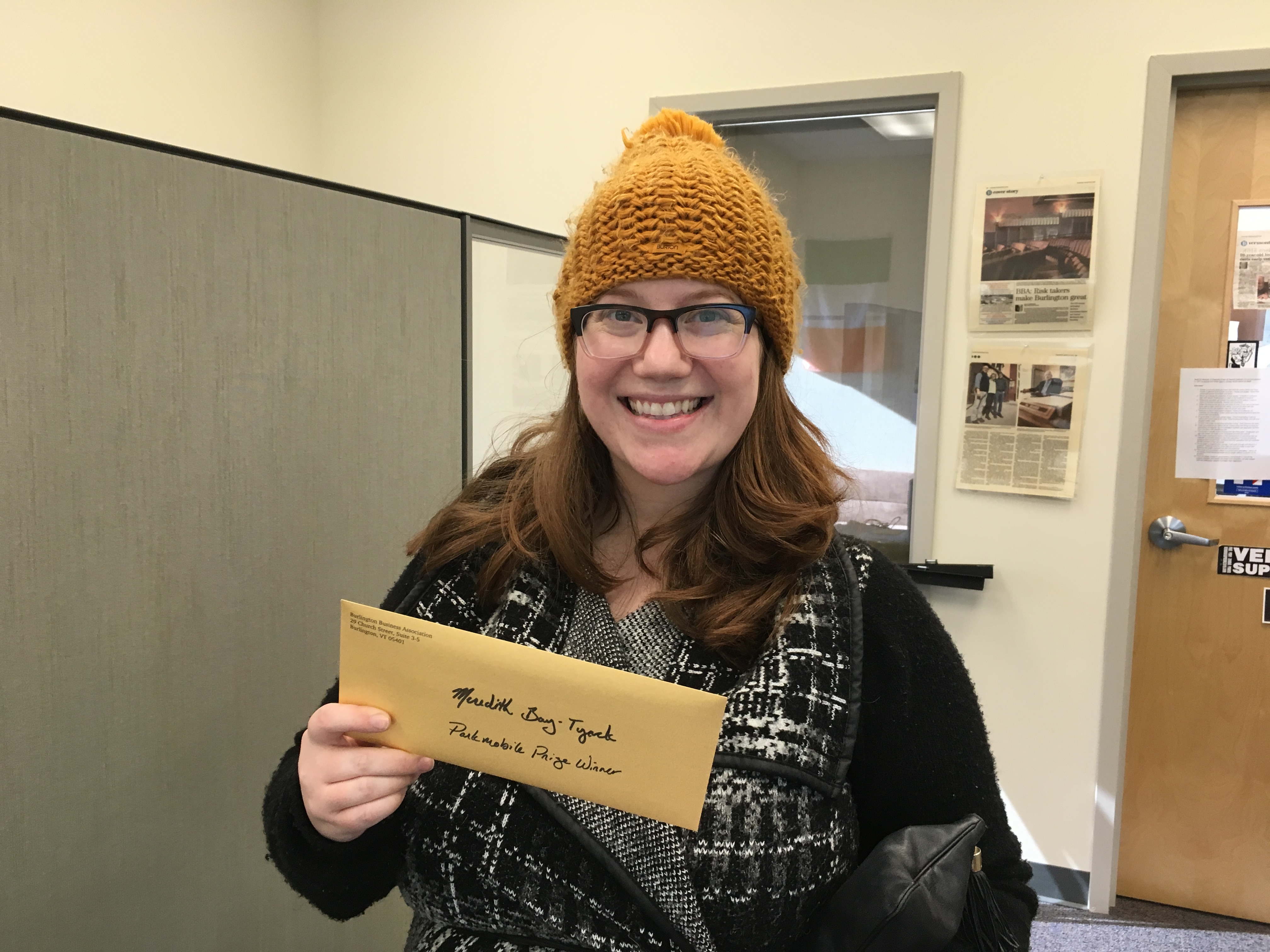 In October, The Burlington Business Association (BBA) held their annual online auction, the “Best of Burlington” which featured over 70 items donated by local businesses. This year’s presenting sponsor of the BBA auction was Park Mobile, LLC, which awarded prizes to three Chittenden Co. Parkmobile users as a special promotion. Those three winners were randomly selected from Parkmobile’s database of users, and received the news from Parkmobile following the close of the auction. 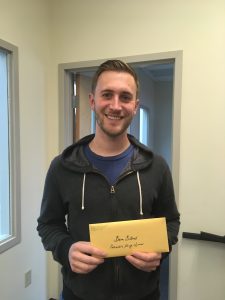 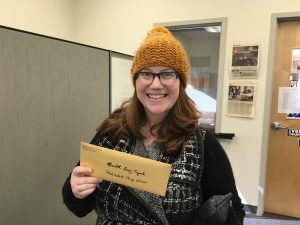 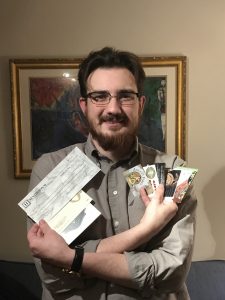 The winners were Joshua Cook of Charlotte, Meredith Bay-Tyack of Burlington and Brian Bittner of Burlington. The three winners each received a golden envelope packed with over $160 worth of gift certificates to 8 of Burlington’s favorite restaurants and café’s, including:

Parkmobile’s parking app was implemented in Burlington in the fall of 2015 as an alternative way to pay for metered parking in downtown Burlington. Parkmobile, LLC is the leading provider for on-demand and prepaid mobile payments for on- and off-street parking. Their services have been adopted in more than 2,000 locations, including 36 of the top 100 cities in the U.S. by millions of registered users. Burlington residents and visitors can download the app at www.parkmobile.com or in the app store.

Burlington Business Association, founded in 1978, is a non-profit, non-political membership organization with 200 business and non-profit members. Our mission is to enhance and promote the economic vitality of Burlington, Vermont, and to assure that the City of Burlington continues as the cultural, social, political, educational and economic center of northwestern Vermont.