This election cycle, the contest for the elected office of Chittenden County State’s Attorney has taken on more attention as residents of the region debate issues of public safety and crime. During this virtual candidate forum on Wednesday, July 6th at noon, voters can hear from the incumbent, Sarah George, and the challenger in the upcoming primary election, Ted Kenney. The Burlington Business Association is co-hosting this event in partnership with the South Burlington Business Association, the Vermont Retail and Grocers Association, and the Lake Champlain Chamber of Commerce.

More information can be found at: https://lccvermont.org/event/sa-forum/

If you have questions for the candidates, please use the field in the registration form or send them to [email protected] with the subject line “SA Forum Question.” 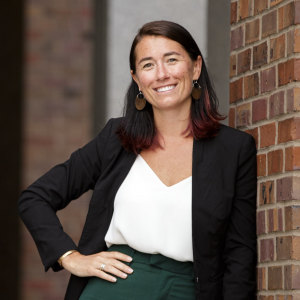 Sarah is the second woman in Vermont history to serve in this role and since being Chittenden County State’s Attorney has focused her efforts on overhauling the criminal legal system.  She uses her incredible prosecutorial discretion to implement evidence based practices and policies that work to keep her community safe.  Sarah is dedicated to providing opportunity, intervention and holistic support to survivors, families and offenders; holding individuals accountable and implementing smart-on-crime policies that promote safe, healthy, and strong communities. 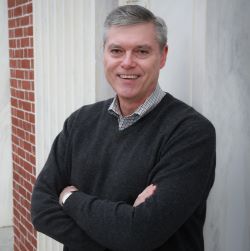 Ted Kenney was born in Burlington and raised in Richmond. He attended local schools and graduated from St. Michael’s College. He then moved to Washington, D.C. where he worked full-time and went to night school at The American University to earn his law degree. Moving back to his hometown two weeks after graduating, Ted opened his own solo law practice.  His practice grew into a successful small town law practice, concentrating on criminal defense and civil litigation.

Ted has helped lead a number of charities and professional organizations. He has been vice-chair of the Chittenden County Bar Association, the president of the Vermont Dismas House (helping former inmates re-adjust to society), and the president of the Vermont Association of Criminal Defense Lawyers. He is currently serving on the board of the Joint Urban Ministry Project, a charity that provides services to the poor and homeless. Ted has handled hundreds of cases and represented hundreds of people, appearing in criminal, civil and family cases in state and federal court. He has argued multiple appeals before the Vermont Supreme Court and the federal Second Circuit Court of Appeals in New York City. In 2020, Ted accepted a job as the Human Services Division Chief in the Attorney General’s Office, supervising 30 attorneys and support staff. He left the position in 2022 and is now running for Chittenden County State’s Attorney.