Shireen T. Hart, an attorney with Primmer Piper Eggleston & Cramer PC, serves as counsel to hospitals, long-term care facilities, community mental health agencies, pharmacies and other individual and organizational health care interests. Shireen came to Vermont in 1987 to attend Middlebury College where she met her husband, Chip Hart Jr., a native of Burlington’s New North End. Together, Shireen and Chip are raising their two sons (and Australian Shepherd, Ozzy) in the same neighborhood where Chip was raised and where their sons attend Burlington High School and Lyman C. Hunt Middle School. Shireen has been on the Board of the KidSafe Collaborative of Chittenden County since 2006 and currently serves as its President. In her spare time, Shireen enjoys attending and supporting her boys’ various activities and playing ice hockey in the cold months and tennis in the warm months at Burlington Tennis Club. 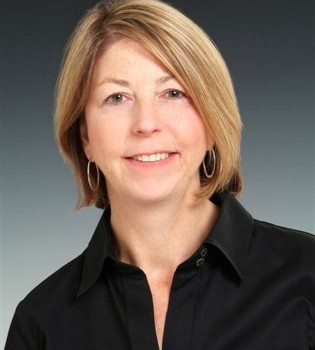 As President and Owner of Coldwell Banker Hickok & Boardman Realty, Leslee MacKenzie has brought her vision and analytic skills to one of Vermont’s leading real estate firms. A Burlington native and graduate of UVM, Leslee joined the company in 1993 and directed an expansion that placed the Agency within Coldwell Banker Company’s top 60 offices nationwide. Committed to the industry and the community, Leslee served as the 2010 president of the Vermont Association of Realtors and currently serves as a Vermont director to the National Association of Realtors. 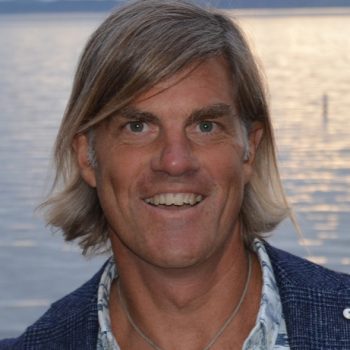 Russ owns The Spot restaurant on Shelburne Road in Burlington, which he purchased, renovated, and renamed in 2008. He also owns Scully Interactive, an e-commerce site for coffee roasters. Prior to that he was the director of information and technology at Propeller Media Works. He graduated from Champlain College in 1999 with a degree in computer science, and now lives in Burlington. 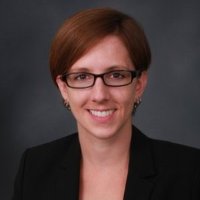 South Burlington native Chelsea Condos is a seasoned tax accountant who returned to Vermont recently to work at Gallagher Flynn after spending 13 years working for KPMG in Atlanta and Boston. Condos has broad experience working with companies in the real estate industry including inbound international real estate investment funds, multinational construction companies, and real estate developers.She holds undergraduate and graduate degrees in business administration/accounting with a specialty in tax accounting. In addition to her role on the Board of the BBA she is a member of the AICPA and the Vermont Society of CPAs. She lives in the Mayfair neighborhood of South Burlington with her husband and two children. 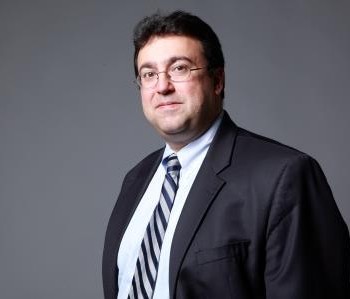 Afi is a director at the Burlington law firm of Dinse, Knapp & McAndrew, P.C., which he joined in November of 1999. Afi concentrates his practice on handling contracts, financings and sophisticated commercial transactions for Vermont businesses. He came to Vermont in 1989 as an undergraduate at the University of Vermont, where he served as a student member of the Board of Trustees, and is currently a member of the UVM Alumni Association’s Board of Directors and Victory Club Advisory Board. Afi lives in Essex Junction with his wife, Amanda, and two children. 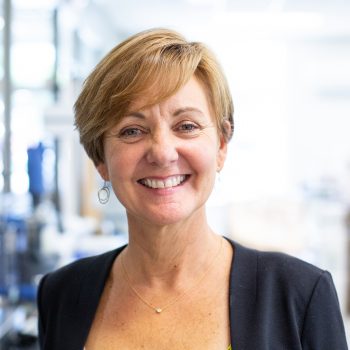 Michele Asch is the VP of Leadership & Organizational Development within her family business, Twincraft Skincare.  Twincraft Skincare is a custom contract manufacturer of specialty bar soap and skincare products for over 150 brands throughout North America. Michele has a diverse background which includes 14 years at the University of Vermont.  The first 10 years she was responsible for leadership development and service learning programs for students.  She then moved on to the UVM School of Business and, as the Director of the UVM Family Business Program, she assisted Vermont family businesses with their succession planning.   Thriving on the creativity found in entrepreneurship, she founded and sold two small businesses, a sea kayak adventure travel business and a men’s salon.  Michele is a certified business/coach.  Michele is committed to serving our community.  She currently serves on the Let’s Grow Kids Board of Directors and the ECHO Science Center Board of Directors.   She recently ended a 3 year appointment as Chairperson of the Burlington Police Commission.  Michele also served as Chair of Vermont Children’s Trust Foundation where she was a board member for 7 years.    Michele graduated from the UVM School of Business in 1988. A 30-year veteran of human resources positions in Vermont, Donna Austin-Hawley currently serves as Senior Vice President & Chief Human Resources Officer at Northfield Savings Bank, a position she has held for three years. She is a graduate of the University of Vermont, a graduate of Leadership Champlain and currently serves on the United Way of Northwest Vermont Board as well as the Vermont PBS Board. 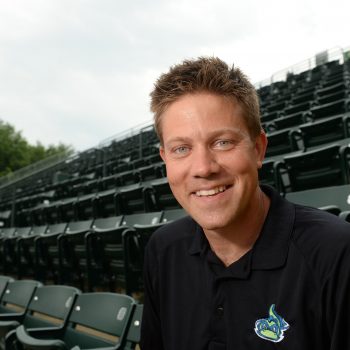 Working in Minor League Baseball for over 20 years, Kyle started with the Vermont Expos in 1994 and was named NY-PENN League Executive of the Year in 1999.  Prior to rejoining Vermont as Vice President, Kyle served as the General Manager of the Triple-A Ottawa Lynx, where the organization was named the United Way Ottawa Small Business of the Year in 2002.  Since returning to Vermont, the Lake Monsters have seen increases in attendance, overall revenue and community support, as well as earning the NY-PENN League Leo Pinckney Promotional Award in 2014.  Kyle also serves on the BBA Educational Programs Sub Committee and is a proud member of the Purple Hearts Reunited Advisory Board.  A native of St. Albans, VT, Kyle lives in Hinesburg with his wife Erin and daughters Kate and Danica, while actively volunteering with various local public, school, and youth athletic programs. 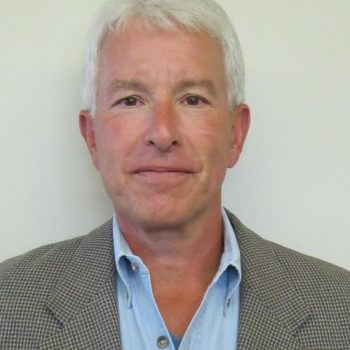 John Caulo is Associate Vice President of Campus Planning & Auxiliary Services at Champlain College, a position he has held since 2011. He is directly involved in the planning and execution of new capital projects undertaken by Champlain as well as providing executive oversight to several departments, including the Physical Plant, Events Center, Public Safety and Sustainability. Prior to joining Champlain College, he was the owner of LandPlan Advisors, LLC, providing a comprehensive set of real estate development services, including land use and strategic planning. He also served as Associate Director of the Real Estate Office at Dartmouth College for 11 years. John and his wife Deb live in Burlington’s South End. 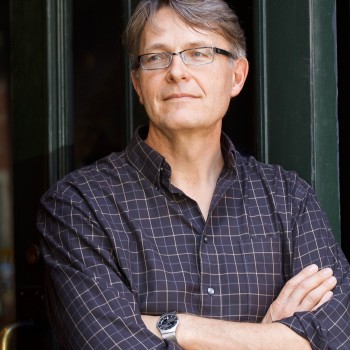 Richard Deane has been a Principal at TruexCullins since 2002 and leads the Higher Education and Workplace Studios of the Architecture and Interior Design firm of 25 people. His clients include the University of Vermont, St. Michaels, Dartmouth, Champlain and Burlington Colleges as well as Heritage Aviation and King Arthur Flour. Richard attended Syracuse University School of Architecture, studied in Italy, interned and practiced as an architect in Washington, DC and lived and worked in Frankfurt, Germany prior to returning to his hometown of Burlington in 1997. Richard grew up sailing on the lake, skiing at Stowe, bought his first ten-speed bicycle from the Ski Rack on Center Street, and now lives with his wife Ina and their two boys in his renovated boyhood home in Burlington. 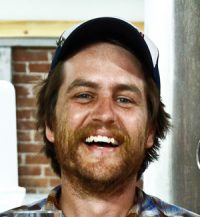 Justin Heilenbach is President of Citizen Cider, a company he co-founded in 2010. In six short years Citizen Cider has become one of the largest regional cider brands in the country and one of Vermont’s largest fruit buyers. In 2014 Citizen opened their current headquarters on Pine Street in Burlington’s South End. The facility, which includes a tasting room and kitchen has become a popular destination for both residents and visitors. In addition to his work with the BBA, Justin is on the Board of the Flynn Theater and volunteers with Burlington American Little League. He lives in Burlington, with his wife Terra and their three sons. 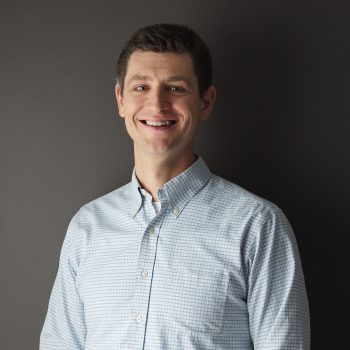 Christian Kuzia works for Westport Hospitality, and is the general manager of the Courtyard Burlington Harbor Hotel. Born and raised in Vermont, Christian has held multiple positions within the hospitality and restaurant industry over the past 20 years. He is a graduate of the food and beverage management program from the New England Culinary Institute, and began his career with Westport overseeing the food and beverage operation at the Courtyard Burlington Harbor. He has also managed Westport’s extended stay property, the TownePlace Suites by Marriott, in Williston. Christian has previously served on the board of directors for the Vermont Convention Bureau, The Lake Champlain Chamber of Commerce, and is currently a board member of the Make-A-Wish Foundation of Vermont. Christian resides in Colchester with his wife Jodi and their two sons, Caleb and Camden. 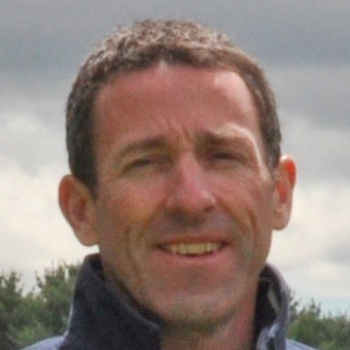 Kevin Owens is co-founder and CEO of Select, Ltd., a brand marketing agency with offices in Burlington, Boston and Taiwan. He is also a partner in a commercial real estate venture focused on buying and renovating historic buildings in downtown Burlington, and serves on the board of the Greater Burlington Industrial Corporation. Originally from Boston, Kevin has lived in Vermont since attending the University of Vermont, graduating in 1987 with degrees in Economics and Political Science. He resides in Shelburne with his wife Kris and three daughters. While not working, he can be found enjoying the lake and mountains with his family, riding his bike, traveling, and playing golf or hockey. 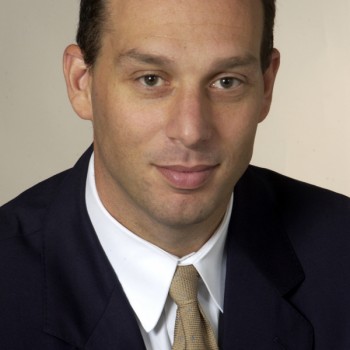 Jeff Schulman has worked in the Athletic Department at the University of Vermont since 1993. He currently serves as the Senior Associate Director of Athletics where he has the primary responsibility for the department’s financial operations including budget development, management, and control as well as coordination of all capital facility projects. He also assists in the department’s fundraising efforts and in the supervision of the university’s varsity sport programs. In addition to his UVM responsibilities, Jeff worked at both the 1996 Atlanta and 2000 Sydney Summer Olympic Games and has also served as the overall team manager of the United States delegation for the 18th Maccabiah Games in Israel. Jeff has both a B.A. and M. Ed. from UVM. As an undergraduate, he was a four-year letter-winning defenseman on the men’s hockey team and was a 1989 draft pick of the NHL’s Boston Bruins. Jeff is active in the greater Burlington community serving as a member of the Burlington Airport Commission, as well as a variety of roles with youth sports organizations in the area. Jeff lives in the South End of Burlington with his wife, Deb Lichtenfeld, and their three children, Theodore, Gaby, and Mara. 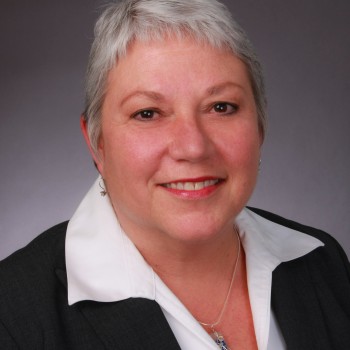 Stephanie has over 30 years of experience in the financial services industry including 17 years with People’s United Bank, where she currently serves as the Region Manager for the Commercial Real Estate Finance Division.  Stephanie previously held positions in commercial real estate finance at Key Bank, Bank of Boston and Fleet Bank.

Stephanie holds a Bachelor of Science degree in Finance with a double major in Economics from Minnesota State University – Moorhead.

Stephanie is an active member in her community and currently serves on the Board of Directors of the Greater Burlington Industrial Corporation and on the Public Policy Committee of the Lake Champlain Regional Chamber of Commerce.  She is the past Chairman of the Board of the Vermont Community Loan Fund (VCLF) and currently serves on of the VCLF Board. 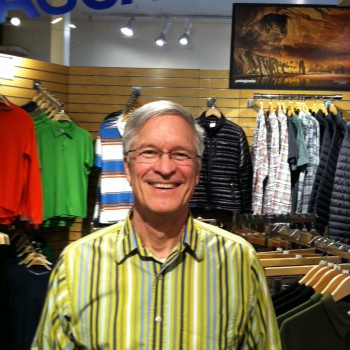 Treasurer, Zandy Wheeler helped his fraternity brothers establish The Ski Rack while still a junior at UVM. After 13 years running a private psychotherapy practice with his wife, Karen George, his family returned to South Burlington in 1989 to take over operations at The Ski Rack. Since then, the business has grown into both a successful physical and on-line store, employing more than 50 people. Zandy has served as both Chair and as a Board Member of the King Street Center since 1999 and recently served as a member of the Bike Path Task Force.