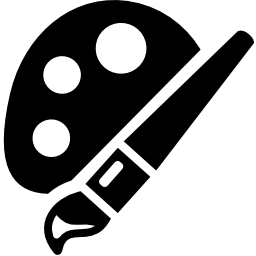 The South End Action Group has focused o the planning and support of the Champlain Valley Parkway, planBTV South End, the topic of housing in the South End, and the Railyard Enterprise project.

Chapin Spencer, director of Public Works, presented an update on the Champlain Valley Parkway to the group. In that meeting we learned that the project is moving forward with all necessary permits in hand and original appellants satisfied. The Parkway’s multi-modal design is a fundamental departure from the project’s distant origins and will complement and foster the ongoing vitality of the South End well into the future.

We later received a follow up presentation from Chapin about additional security and safety details around the design of the parkway streetscape. We have had important opportunities to discuss the merits of the design changes and share those with the community. Vermont Agency of Transportation supported the changes provided and they didn’t impact costs, permits or timelines. Construction is scheduled to begin in early 2018.

SEAG publicly supported the planBTV South End Draft document via a letter drafted by BBA, Executive Director, Kelly Devine to the Department of Planning and Zoning and City Hall. The letter encouraged streetscape planning along the Pine Street corridor, economic development opportunities in developing brown fields, and the importance of growing the housing stock.

We have had a lot of discussion around the idea of building the housing stock in the South End. There’s a large concentration of employers in the South End including Burton Snowboards, Dealer.com, VEIC, Select Design, and more. Finding affordable and proximal housing for young staff has always been a challenge. The SEAG formed a letter to the Mayor’s office in support of finding a housing solution that may include the South End.

______
The Railyard Enterprise Project is designed to enhance multimodal travel connectivity between the Pine Street corridor and Battery Street in the Waterfront South area. Chapin Spencer came back to the group to present the options currently being considered for connecting the Parkway to Battery Street via newly proposed city grids. The City Council voted on these options in their 12/21/15 meeting.

To find out more about getting involved with the SEAG, please email Sarah