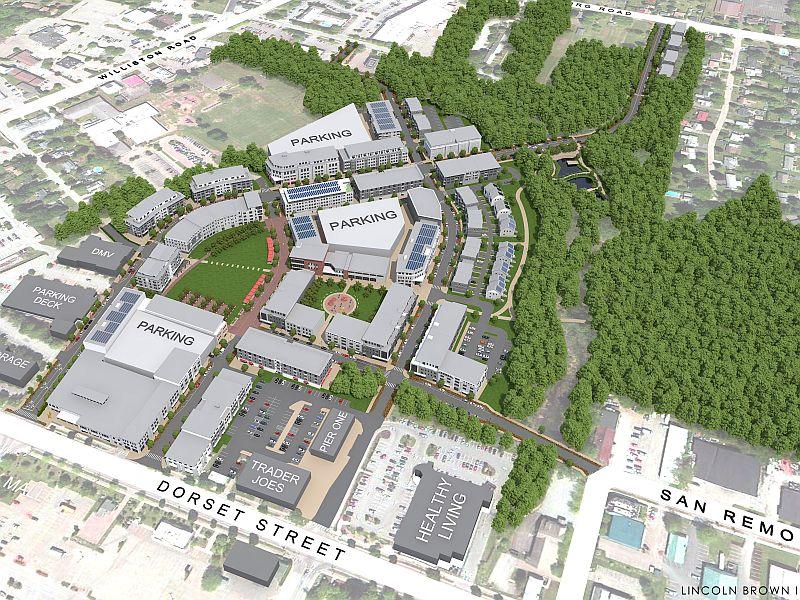 The South Burlington City Council heard public comments Monday night, on a proposed TIF district as part of city’s vision for new downtown. If residents support the bond measure on November 8th, it would clear the way for construction to begin on phase one of the transformative project.

City officials have long dreamed of creating a city center for the sprawling community, now the second largest in Vermont. The current plan calls for housing, office, and retail space as well as new municipal facilities, along what is now Market Street. When completed it would provide a live, work, play lifestyle to South Burlington residents.

“We like to look at the Trader Joes, and Pier One, and Healthy Living projects as the beginning of the city center, and it truly is, but the build out is very exciting,” City Manager Kevin Dorn told myChamplainValley.com.

Coincidentally, South Burlington voters will weigh in on the project the same day that residents in Burlington will vote on TIF funding as part of the Burlington Town Center redevelopment. The outcome of both projects will play a major role in determining the future vitality of downtown life in Vermont’s two largest cities.