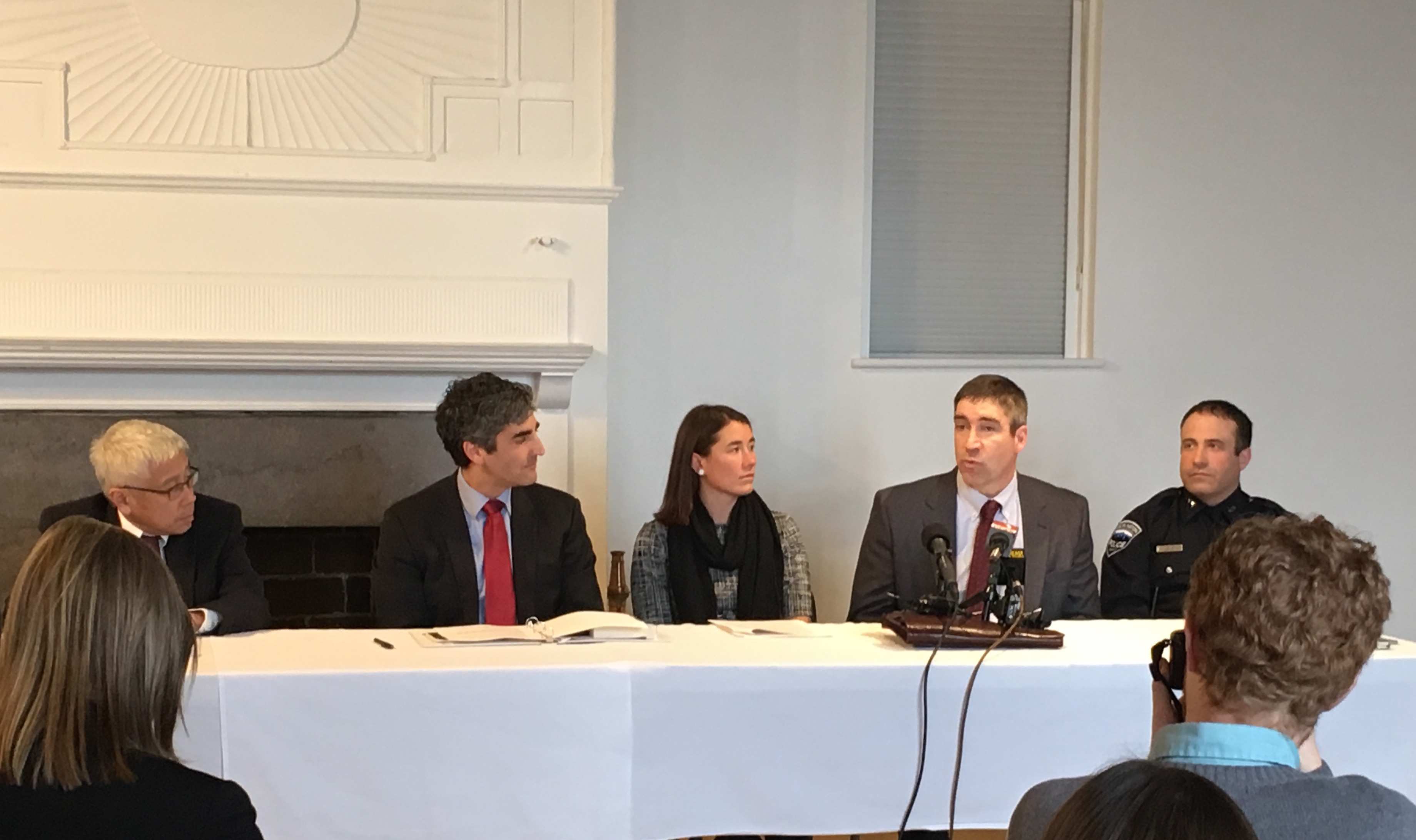 Mayor Miro Weinberger today released new principles and announced the pursuit of new initiatives to address the deepening opioid crisis in the region that has resulted in a significant 38 percent increase in opioid-related deaths in Vermont. In Chittenden County, indicators such as retail theft and opioid-related arrests also show a growing crisis. The City is moving on numerous fronts to organize a sustained local effort to turn the crisis around, and announced today new partnerships with the University of Vermont Medical Center, the Chittenden County State’s Attorney, and metro area police departments.

Not only do the byproducts of opioid addiction such as retail crime, and safety and security issues negatively impact the business community directly, but concern among business owners for the health of our community at large is growing due to the increased prevalence of opioid abuse and addiction.

“We appreciate that medical professionals, business and community leaders, and people from all government sectors will stand with our mayor on a set of guiding principles that will keep our collective work focused. The work ahead will involve the police taking novel approaches to saving lives, and we are ready to innovate. All we request is that our partners be as relentless as we will be” said Burlington Police Department (BPD) Chief Brandon del Pozo.

The City of Burlington is redoubling its efforts with new initiatives on numerous fronts of the opioid crisis. The City has drafted 11 new Opioid Principles to explain its approach to the public, to encourage community debate about and engagement with these efforts, and to guide City employees and officials working on this urgent challenge.

1.       Prescription opioids can be as dangerous as heroin – and should be treated as such.

2.       Opioid addiction is a public health crisis with a law enforcement component.

3.       City governments play a unique and vital role in addressing the opioid challenge.

5.       Police should give amnesty to users seeking help for their addictions and send them to treatment.

6.       Heroin dealers who knowingly destroy communities should receive the full penalties they deserve.

7.       The community needs the medical profession to fully embrace its role as one of the most important partners in solving the opioid crisis.

8.       All institutions engaged in resolving the opioid crisis should embrace data collection, data-sharing, analysis, and transparency.

9.       The pharmaceutical industry has a role in resolving the crisis it helped create.

10.  Treatment for opioid addiction should not end upon arrest.

11.   Naloxone must be available to the people abusing opioids, their friends and family, and their emergency service providers.

To share its approach with the public, and to gather public input through community debate and engagement, the City will hold an Opioid Town Hall meeting in Contois Auditorium on March 16 at 6 p.m. before presenting these principles to the City Council for final approval.

New initiatives flowing from these principles

The City has taken the following steps in accordance with its principles:

As of February 2017, the CommunityStat group has expanded to include representation from the South Burlington and Winooski police departments. The CommunityStat group was originally formed in November 2016 to provide coordination of data gathering and analysis efforts among the police, public health and safety professionals, and social service providers as part of the effort to more effectively reduce the impact of opioid addiction in Burlington. The South Burlington and Winooski police departments have agreed to meet with the BPD on a bi-weekly basis to discuss identified cases and concerns.

One of the key Opioid Principles is a commitment to data and transparency, an effort that already has yielded valuable insights into the many effects of the crisis at the local level. Slides compiled through the City’s CommunityStat meetings (see attached) show worsening trends.

·         In 2015, more children under six years old came into Department of Children and Families custody due to guardian opioid use issues than any other issue (51 percent, or 276 cases total).

·         Anecdotally, many social service agencies, including those focused on housing, economic support, and treatment, are reporting increased stress on their agencies as a result of the crisis.

“The University of Vermont Medical Center is committed to stemming the opioid addiction epidemic in Vermont,” said Stephen Leffler, MD, Chief Medical Officer, University of Vermont Medical Center.  “We are engaged in both the Chittenden County Opioid Alliance and the City of Burlington’s CommStat effort. The UVM Medical Center has increased the number of providers who are prescribing Medication Assisted Treatment by nearly 50 physicians over the last year and a half, while reducing the amount of opioids we prescribe, but there is much more work to be done. Transparency is important when we are reforming complex systems, and we look forward to partnering with the City of Burlington on developing a process for reporting on our progress.”