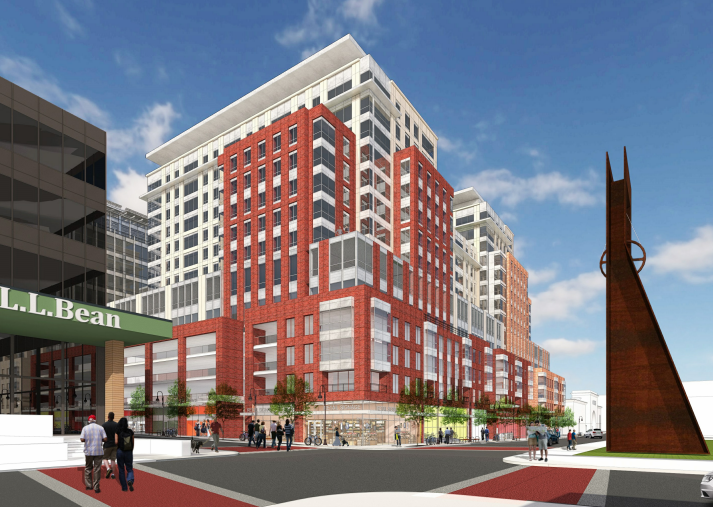 Jesse Beck, AIA, NCARB, President of Freeman, French & Freeman has provided a statement to dispute recent comments made by a Coalition for Livable City supporter in regards to the Burlington Town Center redevelopment.
“It is irresponsible to provide unfounded accusations of fraud and lying, and yet the harm is done when the public reads the headline, skims the piece, and loses confidence in the project or the process. This project has gone through dozens and dozens of public meetings, multiple votes at City boards, City Council, and our ballot boxes.” said Beck in a statement.
Beck’s comments are in response to a recent editorial which made incorrect claims about the project’s height and massing in architectural renderings.
In addition to other criticisms, Beck points out the author, “fails to mention that the landscape architect who raised the question about the Google Earth image admitted that he was unaware of the shadow studies and, once he had reviewed them and taken the time to understand what they present, agreed they were accurate.”
Having already received its necessary local permits, the Burlington Town Center redevelopment currently sits before the State environmental court as part of an appeal from members of the Coalition for a Livable City. On November 8th, Burlington voters supported two ballot measures needed for construction in a vote that was widely seen as a referendum on the project.
The Burlington Town Center redevelopment stands to have a significant positive impact on the economic vitality of Burlington with the addition of 272 units of housing in the downtown. In addition, completion of the project will see 230,000 square feet of office space and the reopening of two streets currently blocked by the mall.