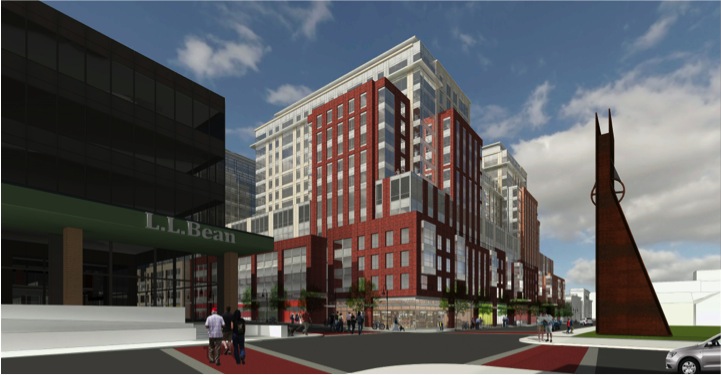 The Burlington community received good news on the Burlington Town Center redevelopment. The judges in two separate lawsuits ruled on behalf of moving the project forward. The BBA remains strongly in support of redevelopment our 1970’s mall and reconnecting our downtown street grid.

TIF APPEAL DISMISSAL ON 3 OF 4 ACCOUNTS

On Friday, Vermont Superior Court Judge Robert Mello dismissed three of four counts raised in an appeal on the grounds that they had no legal basis. The appeal related to the public vote on Tax Increment Financing (TIF)funding for the reopening of Pine Street and Saint Paul Street to public use. Judge Mello has not yet ruled on a fourth complaint in the appeal. Burlington attorney John Franco who is currently leading three separate lawsuits against the city relating to the BTC project has said that he will appeal Judge Mello’s dismissal to the state supreme court once the fourth complaint is adjudicated.

In one of those cases, environmental court Judge Thomas Walsh did not grant a stay that would have prevented construction from beginning this summer. On Monday, the judge ruled that the appeal was not strong enough to justify the financial harm that would’ve meant for developer Don Sinex.

Sinex plans to begin construction on the project in early July, while Judge Thomas deliberates on whether the project fits city zoning regulations.