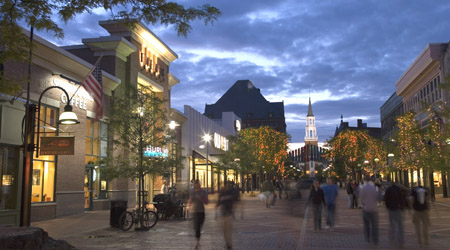 The city neglected to fill out annual surveys resulting in inaccurate housing permit data from the Census Bureau. “Accurate data is just one piece of the puzzle we need to solve to grow Burlington’s housing stock,” said BBA Executive Director, Kelly Devine. The city has submitted new data to the bureau, but even if there are small gains in population, it won’t change the fact that Burlington still has a lack of housing that is limiting the city’s growth.

Even if the census estimates are off by only several hundred people, Burlington’s growth has still lagged behind Vermont and Chittenden County over the last 20-40 years, according to Art Woolf, a UVM professor. Census figures show that Vermont’s population grew by 29% from 1970 to 2010; Chittenden County’s population grew by 27%; and Burlington’s population grew by only 9%. If Burlington continues to stay stagnant while surrounding areas grow, outside residents will have no reason to visit downtown for shopping and restaurants and current residents may move away. This is why developments like Burlington Town Center play such a crucial role for our city’s future.

The city has a 1% vacancy rate for renters, indicating a strong demand for living options in the downtown and surrounding neighborhoods. The extensive permitting process and high costs of development have developers focusing their efforts on nearby towns. Of 2,840 multifamily units built in Chittenden County between 2002 and 2013, only 551 of those were built in Burlington, and only 8% were downtown.

Building downtown is a challenge, but it’s been a high priority for Mayor Miro Weinberger. The city wants to streamline the zoning rules and permitting process, but even with those changes, the economics of building in Burlington will remain a challenge. Building in downtown Burlington is like a scaled down version of building in downtown Boston, according to Erik Hoekstra of Redstone. The land being developed is so closely surrounded by existing structures, that construction becomes tricky and expensive putting upward pressure on rents for newly developed housing which is why the Burlington housing supply isn’t meeting demand. Higher property taxes than anticipated have made [Hoekstra] “pessimistic” about future development in Burlington even if the cost of borrowing money remains cheap, he said.

With the importance of providing affordable housing in Burlington for people at various income levels, BBA continues to focus on this topic as an important issue that has a huge impact on economic growth for the city of Burlington.

The original version of this article was published on Vermont Digger by Morgan True.