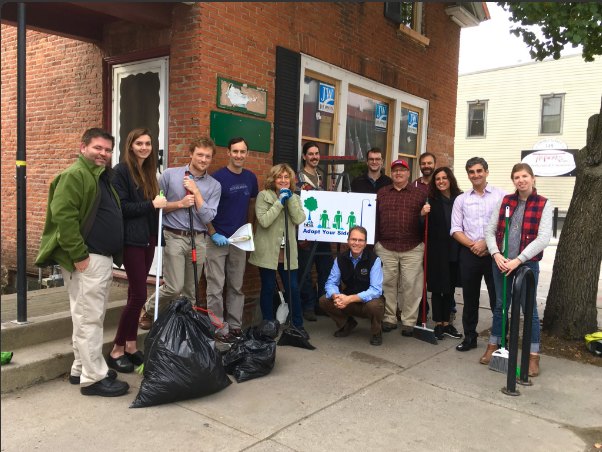 The Downtown Action Group (DAG) had a productive 2016. We had our second successful ‘Adopt Your Sidewalk’ cleanup event, which focused on Cherry Street. This event was well attended and received local news coverage.

In conjunction with the ‘Adopt Your Sidewalk’ campaign, DAG has taken initiatives to address street level safety and security issues that members felt were affecting their businesses. In 2016 members saw a vast improvement, which in addition to our efforts was also attributed to a new policing strategy from BPD. Members’ satisfaction with the improved conditions was communicated to Chief del Pozo and Mayor Weinberger

For the holiday season DAG launched a project to light the side streets in an attempt to create unity in the downtown core and make the evening hours feel more festive and safer. This pilot project was limited to College Street. DAG found three local sponsors, Burton Snowboards, Northfield Savings Bank and Burlington Telecom Business Services to support the project and through collaboration with Burlington Electric was able to have College Street lit.   We hope to expand the project in 2017.

In 2017 DAG will be looking at how to create a vibrant and inviting downtown core that relies on Church Street as its anchor but extends the vibrancy to the side streets. Members hope to thus increase commerce and community within the downtown core.