After deliberations that lasted into the early morning hours Tuesday, the City Council selected a newly created bid from Schurz Communications/ ZRF as their preferred choice for Burlington Telecom. 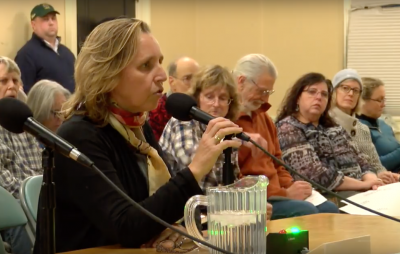 Schurz’s bid included elements of the previously eliminated Schurz bid while also incorporating parts of the ZRF partnership. The new bid is a cash offer for $30.8M with an as yet undetermined City equity stake.

The meeting, which began at 5:30pm and did not adjourn until 1:45am, initially featured bids from Keep BT Local, Ting/Tucows and a joint bid from ZRF/Schurz Communications. After public hearing and a recess, it was announced that ZRF and Schurz would change their bid to make Schurz the primary bidder with a minority interest for ZRF.

In the second round of voting, the ZRF/Schurz bid garnered 8 votes, KBTL 2, with Councilors Deane and Shannon abstaining.

Based in Indiana, Schurz Communications has over 100 years of experience as a company in charge of newspapers, TV stations, as well as cable and fiber providers. The BBA will continue to keep our members informed about the sale of Burlington Telecom and its potential impacts on Burlington’s economic vitality.