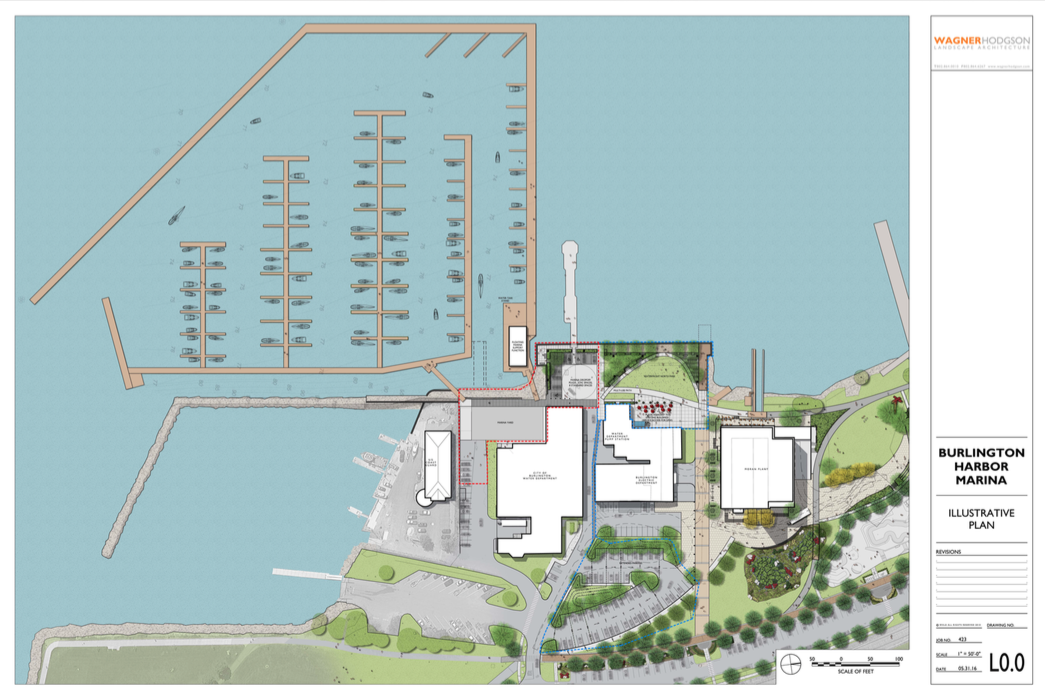 At the June 27th City Council meeting, a development agreement for the Burlington Harbor Marina was unanimously approved by Councilors. The proposed Burlington Harbor Marina will add a new private marina with up to 160 slips to the northern end of the waterfront, providing badly needed facilities that will bring boaters to Burlington’s waterfront and downtown.  This project has been moving forward through the public approval process; the development agreement approval is a significant green flag for the project.

The project would include a perimeter dock, interior docking and up to 160 boat slips, 40 percent of which would be reserved for “transient” boaters; the rest would be rented under long-term agreements. A floating marina building would contain restrooms, guest bathing and laundry facilities, offices, a store, and some sort of food and beverage service. There would be pump-out facilities for boats and a stand for a water taxi to shuttle people around the harbor.

From Vermont Business Magazine’s article on the project, “Burlington is the largest city on Lake Champlain but has the ninth largest marina. The City has had long waiting lists for slips for many years, and the lack of transient mooring options causes the City to turn away many would-be visitors every year.  Expanding the number of boat slips is an important strategy for creating economic opportunity and increasing the use of our waterfront.

Following approval of the Development Agreement by the City Council, the project will need to complete permitting with the Burlington Development Review Board, along with state and federal regulatory agencies. The marina developers expect to open the new slips and complete construction in 2018.”